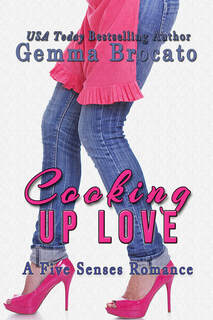 ​​Jemima George leads a charmed life as a personal chef and assistant to reality television’s latest darling. But that changes in a New York minute when her Aunt Caro dies under odd circumstances, bequeathing her a small restaurant. Jem plans to sell the café and continue her life in NYC, until a dramatic phone call from her cheating boyfriend convinces her to experiment with the ingredients for happiness and accept her Aunt’s legacy. Throwing herself into remodeling the restaurant with the help of the town’s delicious contractor, Jem revamps the menu and renews her faith in herself.

Jack Kerrigan considered Caro a surrogate mother and hates the idea that the café could be sold. He doesn’t need the remodeling project, but if it means Caro’s beautiful, fascinating niece will stay to run the restaurant, he’s all in. He wouldn’t mind being savory to Jem’s sweet.

Jack’s brassy ex-wife is cooking up a scheme of her own, where Jack tosses Jem like a salad and comes back to her. Fold in a creepy attorney hiding secrets of environmental mayhem, add Jem’s claustrophobia, half-pint niece and nephew twins, one mysterious lockbox, and bring to a boil--a recipe for romance. 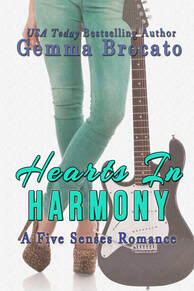 ​​​Pippa Sanders’ life is filled with songs of leaving, longing and loneliness. Since the death of her husband, her children have been her world. She’ll do anything to protect them, including encasing her heart in ice until they’re college age. She’s made a practice of shying away from any relationship that could break her heart when it ends. And it’s worked so far.

Clay Mathers has made a temporary move to Granite Pointe, Massachusetts to help with his mother’s Christmas tree farm while she recovers from a stroke. Although his long-range plans don’t include staying in the small town, a little female companionship during his short residency would be welcome. While on duty as sentry against protestors at a military funeral, he finds Pippa visiting her husband’s grave, and begins a campaign to make her into a friend–with benefits.
​
What starts as a simple affair evolves to something more, something that changes the soundtracks of both their lives…the beating of two hearts in harmony. 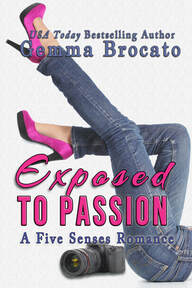 ​Leading a vagabond life as a curator for a traveling photography exhibit translates to a lot of bad days for Rikki Salerno. But her trouble doubles when a careless high school student shoves her into a marsh. Being rescued by teacher Sam Kerrigan should have made things better, but Rikki’s inability to confess her true identity casts a shadow over their budding affair.
﻿​
When Sam refuses an overly aggressive parent’s marriage proposal, she’s determined to ruin him. Not only does she doctor photos to make it look like Sam’s behaved inappropriately in front of students, she hacks the foundation website to reveal Rikki’s true identity. Faster than the blink of a shutter, Rikki’s focus changes from pursuing her full-color future to the black and white necessity of clearing Sam’s name. 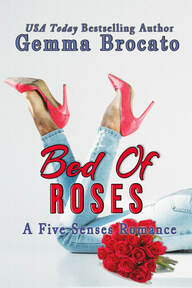 This close to Valentine’s Day Malin Eckert’s flower shop is entering their busiest season. As if the added work isn’t enough, her father’s drinking has spiraled out of control and Mal discovers she’s been named guardian of a fifteen-year-old sibling she never knew about. To make matters worse, Mal’s crushing on a customer, a serial dater who drops by the shop with alarming regularity to send flowers to other women.

Gunnar Sims never had the best luck with women, a fact that doesn’t stop his growing attraction to his florist. His new business is losing money and he should be concentrating on that, but instead finds Mal an enticing distraction.

In spite of her best intentions to keep Gunnar firmly in the friend zone, Mal finds herself falling for the classically handsome gym owner. As her affection for Gunnar and her sister, Gabriella, grows, Mal’s heart hangs in the balance when it appears both could be taken away from her.

Content Warning: Hard bodies, spoiled princesses, and a levelheaded
woman who knows how to smell the roses. 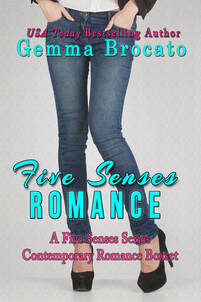 Sink your teeth into the small town magic of Granite Pointe and the Kerrigan family in this complete set of four full-length contemporary romance novels.

Buy or Borrow on Amazon

​But Fate’s a nasty mistress. One week before their special day, Pippa Sanders narrowly escapes when fire erupts in the ballroom she and Clay Mathers had reserved for the ceremony. They’ll have to use every resource at their fingertips to implement Plan B. In this case, B stands for the barn at
​the Sleepy T Christmas Tree Farm.

Hobbled by a sprained ankle, Pippa is unable to help with the preparations. In spite of the grime accumulated over twenty years, Clay is determined. He promises Pip he’ll transform the barn into an idyllic location for a winter wedding. Plus, he’ll make time to throw in a special surprise.

What Clay doesn’t factor into his plan is the snowstorm bearing down on them. With predictions of up to two feet of snow, will Mother Nature prove too much of an obstacle to overcome?

Jem Kerrigan appears to have it all. Her husband, Jack, loves her to distraction. She owns a thriving café in Granite Pointe, and she’s considering expanding her business. The only thing not falling nicely into place, the thing she wants most, is a baby bump.

Hoping to distract Jem from their inability to conceive, Jack buys Sea View House and encourages her to pursue her dream of opening a banquet space. Jem is skeptical when she sees the dilapidated wreck atop a bluff. Deserted for a decade, rumors are rampant about ghosts and ill-fated love stories. While there is something haunting about the hundred-year-old mansion, the woven hearts theme enchants Jem.

After discovering the tragic story of the original owners, Jem begins to understand the importance of the carvings of entwined hearts scattered throughout the house. The motif quickly becomes a symbol of Jem’s love for Jack. The promise of their future together is spirited, even if Jem’s arms remain empty.

Buy The Book:
Amazon
​
Playing With Fire (A Spinoff from Exposed To Passion)

​​Every day is filled with conferences, obligations, and disciplinary meetings for Assistant Principal Sarah Willis. When a student is sent to her office, a confrontation with his father, the new fire marshal in Granite Pointe, doesn’t extinguish her instant attraction to the man.

When his son gets into trouble at school, Cris Bayfield discovers he’s hot for teacher. His interest in Sarah goes beyond parent-teacher conferences, but her artistic side and his past history could spell doom for any potential relationship.

When the theatrical director for the high school play resigns unexpectedly, Sarah has to step in as the understudy, throwing her in Cris’s path on a regular basis. As they spend more and more time together, her resolve to not get involved with a parent goes up in flames.