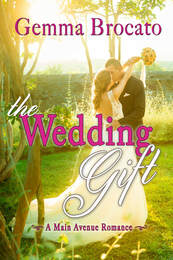 ​He's a man scarred by war. She's a woman determined to help him. Can unconditional love and one special wedding gift truly bring him home?
Lieutenant Gage Cassidy barely survived an enemy bombing while deployed. His injuries force him home to Durango. Panic attacks and nightmares make sleep impossible. Fears that Elle will call off their engagement will destroy him. It all adds up to the biggest battle of his life.
Elle Sweeney agonizes that the man she'd agreed to marry is not the same man the Army sent home with honors. She isn't prepared to deal with the demons Gage is facing. With their wedding less than a month away, Elle prays her wedding gift, a therapy dog named Sigmund will restore the man she loves.
He may never get over the war-induced trauma, but if he doesn't seize the opportunity Elle's gift presents, he could lose her forever. 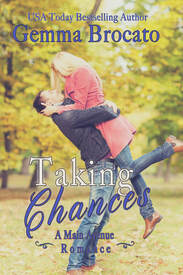 She craves a second chance. He might just be it. Is a common love of chocolate enough of a foundation to make this Main Avenue romance work?

Sera Taylor's life is spiraling out of control, thanks to her ex's gambling addiction. When she's given a do-over, a chance for a new start, she grabs it with both hands and never looks back. Moving to a new town is risky and uncomfortable, but like the sweet treats she makes, it will be worth it.

Logan Hamilton is a man of simple tastes. Though drawn to the beautiful owner of the new shop on Main Avenue, she has more layers than an onion. If it weren't for their common love of chocolate, their romance would be over before it began.

Their affair is destined to be habit forming and hotter than chocolate melting in a double boiler. But escalating pranks could destroy their romance unless they team up to discover who's behind the deadly sabotage.

Buy or Borrow the Book on Amazon